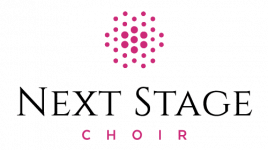 “Next Stage Choir is a fun, ‘tutored’ community Choir where vocal development and skill are as important as the development of the Choir itself”

Next Stage Choir was formed in 2010 by Russell Scott and Sarah-Jane Olsen under Next Stage Drama Ltd, a Company, owned by Sarah-Jane, and dedicated to helping newcomers in singing and acting to develop their skills by way of workshops and courses.

Sarah-Jane and Russell had been working together for over 6 years, with Russell running numerous singing workshops and courses to great success, before they decided to setup a full time Choir in both Marlow and St. Albans.

The Choir has now been transferred solely to Russell Scott in 2012, who now runs the Choir under its new name Next Stage Choir Limited.

Though the Choir is run alike other traditional choirs, it’s focus is on making great music in a fun and dynamic environment where vocal development and skill is as important as the development of the Choir itself.

We call it a ‘tutored’ Choir because whilst working on the repertoire in preparation for performances, we also work on developing your voice and your singing skills.

Since its conception, the Choir has continued to develop and broaden its repertoire, building a reputation for its friendliness, its non-pressured environment and its continued determination to bring singing to everyone, something its Musical Director, Russell Scott has been doing for several years.

The choir now runs in Marlow, St. Albans and Aylesbury. 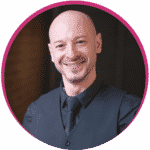 “It is a known fact that singing regularly reduces stress, releases endorphins, promotes positive well-being, aids a wide range of medical conditions and gives you confidence. It’s fun, progressive and a skill almost anyone can pick up.”

Next Stage Choir is a mixed, adult community choir based in Marlow, St. Albans and Aylesbury, of people who love to sing! Formed in 2010, it is led by professional Producer, Musical Director and Vocal Coach, Russell Scott.  The choir is not franchised and remains under the sole control of Russell Scott who directs all 3 choirs, keeping it personal, supportive and fun.  The choir performs regularly in festivals, community and charity events, as well as taking part in workshops and recordings, both locally and further afield. It performs a range of music from classical, pop and rock to jazz and musicals, in a mix of styles including a cappella, but also with backing tracks and with professional live musicians and bands.

As well as making great music together, Next Stage Choir work on vocal technique to help your singing skills, your vocal production and your performance. It is a fun, dynamic, and enthusiastic choir with lots of energy. And for those who want even more, there’s a great social scene too – so come along, make new like-minded friends, and do something you love to do!

The choirs form together as one choir for performances making an incredible sound.  Joint rehearsals are held periodically and in the lead up to performances and are held at either the Marlow, St. Albans or Aylesbury venue or most often at a central location between the three venues.

The Choir rehearses in Aylesbury on Thursday evenings from 7:30pm – 9:30pm.

The Choir rehearses in Aylesbury on Thursday evenings from 7:30pm – 9:30pm.

The Choir rehearses in Chorleywood on Wednesday evenings from 7:30pm – 9:30pm.

Next Stage Choir offer a simple, cost effective membership model to suit all. With a minimum of 40 rehearsals/sessions plus performances each year,
Next Stage Choir is incredible value for money with no catches. Just one simple monthly subscription.

Come and Join us
BOOK NOW

You have already reported this .
Clear Clear All